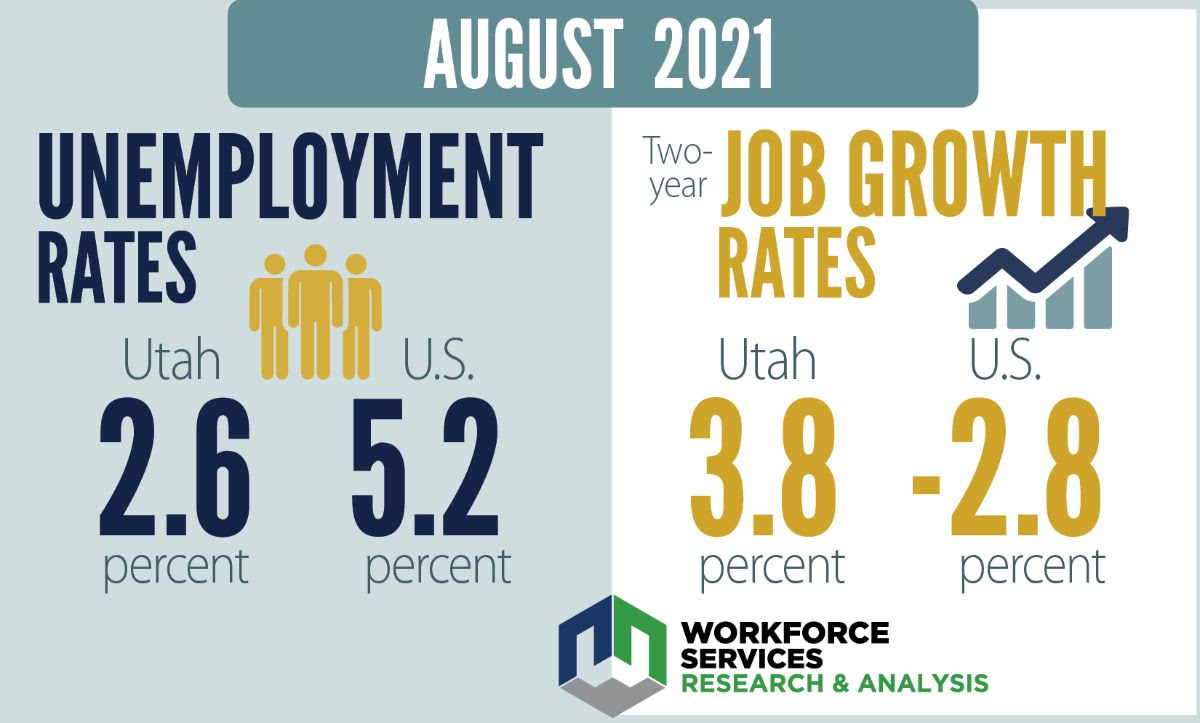 The following statistics are presented comparing August 2019 to August 2021.

SALT LAKE CITY — Utah’s nonfarm payroll employment for August 2021 increased an estimated 3.8% across the past 24 months, with the state’s economy adding a cumulative 55,700 jobs since August 2019. Utah’s current employment level stands at 1,614,800.

“Utah’s recent three-month employment surge peaked last month” reported Mark Knold, Chief Economist at the Department of Workforce Services. “August’s two-year growth rate of 3.8% is down from July’s 4.2%. This moderation parallels a slight national economic slowing. With the Delta variant ramping up, consumer spending has lessened. It is still robust but pulling back a bit. Such a reaction is not unusual given the variant’s unknowns. The economic slowing however, should not develop into an economy breaker.”

* Additional analysis and tables at https://jobs.utah.gov/wi/update/index.html

* County unemployment rates for August will post on or shortly after September 20, 2021, at https://jobs.utah.gov/wi/update/une/season.pdf

Click here for more statistics and to view the PDF version.