A Conversation With Kate Bradshaw, Bountiful City Council and Director of Government Affairs for Holland & Hart

During March, the Salt Lake Chamber is highlighting influential women in Utah. By sharing their stories and advice, we hope to bring awareness to the importance of Women’s History Month.

Is there a woman in your life who has been especially influential?

When I was a child, I was very lucky to have a grandma, Jean Bradshaw, who was very ahead of her time. She had a very successful professional career in charity work and was intent on taking me to see women in leadership roles and other male-dominated jobs. Once, she took me to meet the head sister that ran the Holy Cross Hospital because she wanted me to see a woman CEO in charge of a large organization. 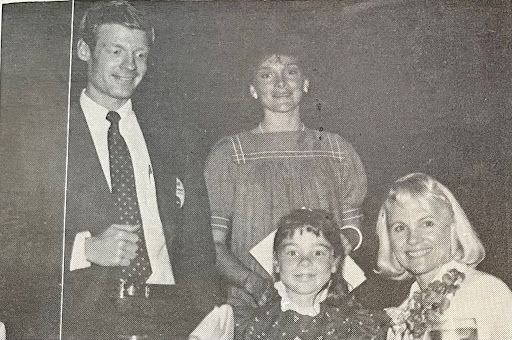 Like many kids, I wanted to be an astronaut, so when the local Rotary Club had some astronauts coming to speak to them, my grandma made a point to take me to see Margaret Rhea Seddon, a member of the first group of female astronauts selected by NASA to join the astronaut program in the late ‘70s. It meant so much to me that my grandmother made a point to show me, not just tell me, that I could do anything I wanted.

That’s what’s critical for women and girls in those roles. Serving in local government, there’s many  different leadership roles, so you can study different ways that might be best for you and then refine your own style. Seeing those roles — and seeing many of those roles — was incredibly critical to me.

What does Women’s History Month mean to you?

Women’s History Month means extra opportunities for representation. My favorite phrase is, “If girls can see it, they can do it.” I had that opportunity when I was younger, and now my goal is to make sure other young girls can see the potential they have. Nothing will feel out of reach for them if they’ve seen it and know it’s possible.

As part of my career, I worked as a staffer for the legislative session. I was on staff when women like Becky Lockhart, Margaret Dayton and Pat Jones were in office, and it was a fantastic opportunity to be a sponge. I learned from them, watched how they presented arguments and noticed how they conducted themselves. I looked up to them when I decided to run for office. Those women in public service didn’t know I was watching from the sidelines, but I was.

Now, I want to be somebody others can watch and learn from. I have several young nieces and nephews and I aim my focus on them. If they see my example of a woman leading in civic matters and in business pursuits, and me being fully engaged, it will become the norm for them. That’s what this month is all about.